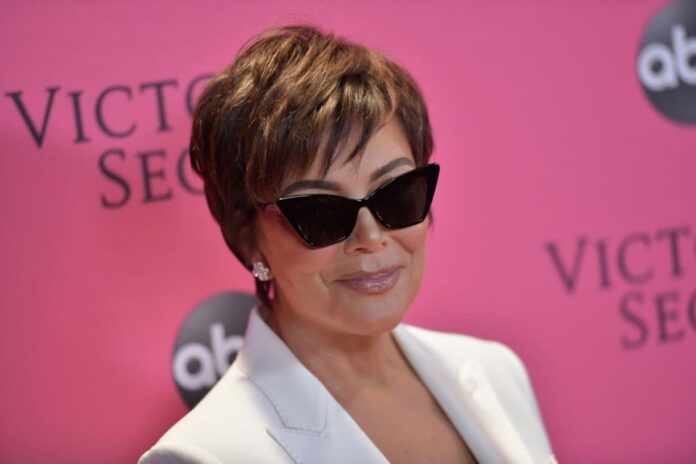 Breaking the stereotypical chains that only seniors can be a role model for the new generation, Kris Jenner is all set to expand the beauty line and join in the family’s entrepreneurial adventures by launching her namesake beauty brand.

There is no denying the fact that the efforts of Kris behind her daughters’ Kylie Jenner and Kim Kardashian successful businesses are indeed commendable, the momager is ready to embark on the journey on one’s own company.

The brains behind Kardashian’s franchise, Kris, registered an application to trademark “Kris Jenner Skincare” and “Kris Jenner Beauty” also “Kris Jenner Skin” on Feb. 10, as per the documents filed at the United States Patent and Trademark Office.

The applications include a diverse array of beauty products; hair care goods such as shampoo and conditioner and skincare items like cleansers, moisturizers and toners, as well as nail polish, false eyelashes and fragrances.

Jenner has not yet publicly declared the plans herself, but mentioned in an interview with WWD that she’s “always dreamed of having [her] own brand.” She continued, however, that she was “a bit busy right now” to launch a business.

We can’t exactly say if she will go forward with the beauty brand, Jenner would go into the enterprise with a treasure of knowledge after playing an instrumental role in the accomplishment of her daughter Kylie Jenner’s Kylie Cosmetics. The mother-daughter duo set up the brand in 2015 and have elevated the business to reach a $1 billion estimate just four years later.

Jenner was designated chief executive officer of Kylie Cosmetics in November 2019 when Coty Inc. received a 51 percent stake in the business for $600 million. Not only did she serve as the CEO of Kylie Cosmetics(including Kylie Skin as well), but she also founded her line of momager-themed makeup for Kylie Cosmetics and a perfume for KKW Fragrance.

Jenner has also collaborated on her daughters’ beauty businesses multiple times throughout the course. She worked with Kylie Jenner in 2018 to publish a “momager” beauty collection for Kylie Cosmetics, which covered products designed with Jenner’s face and popular quotes like “You’re doing amazing, Sweetie!”

But if Jenner decides to step into this beauty industry, she will face massive competition, and not just from her children; tons of other celebs, like Jennifer Lopez, Rihanna and Carmen Electra, all have their established and successful skincare brands, with Hailey Baldwin’s Rhode Beauty set to debut this year.

A Commonsense Approach to Mathematics: If Everyone Thinks It is Useless, It Probably Is...